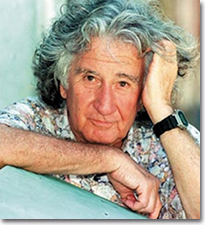 Between 1956 and 1971, he was the director of TEATRO ARENA, Sao Paulo, whose productions created an aesthetic revolution in reaction to the model imported from Europe, still dominant in Brazil at the time. The main goal of ARENA was the development of popular theatre. The repertoire was initially composed of new plays written by young Brazilian authors (of which Augusto Boal would direct more than a dozen) but soon it expanded to great international classics (Moliere, Gogol, Il Ruzzante, Machiavelli, Lope de Vega, Brecht…).

Later on it would also open up to musicals (the series “Arena tells the story of…”, Zumbi, Tiradentes, Bahia, etc). At the end, Augusto Boal would experiment with new forms such as Theatre-Journal in which the concept of “spect’actor” appears and which would lead to the creation of Theatre of the Oppressed.

In 1964, the military coup d’état called into question this form of theatre and censored it. A second coup d’état in 1968 cut short any attempt to make popular theatre, a practice considered subversive by the regime. Dictatorship was installed. ARENA became a theatre of struggle. Boal was part of this generation of Brazilian intellectuals who maintained the fight against dictatorship. This implication was forcefully felt in his theatre. In ARENA, groups were established to spread a different form of popular theatre outside – theatre made by the people themselves. It was parts of this work which were presented at the Festival in Nancy, France and which established the name of Augusto Boal in Europe.

In 1971 Augusto Boal was arrested, tortured and forced into exile. He settled in Argentina. As it was increasingly becoming impossible to work for the oppressed, it was necessary to invent a different form of theatre which could be practiced by the oppressed themselves – this was an important phase in the establishment of the theoretical foundations and the development of Theatre of the Oppressed. But his sojourn in Argentine was also cut short – falling prey to the dictatorship infesting the entire Latin-American continent, Boal was forced to flee to Portugal.

In 1977, he introduced Theatre of the Oppressed to France and two years later, the “Boal Group” became CEDITADE (Centre d’Etudes et de Diffusion des Techniques Actives d’Expressions). This was the period when Boal decided to settle in France. While working as a pedagogical and artistic director of the group, he also continued his personal work, writing and staging performances in Germany and Austria.

In 1986 Brazil reopened its doors and August Boal returned to live in his homeland. In 1992 he was elected legislator of the city of Rio where he would also direct a big project of Legislative Theatre whose aim was to develop democracy through theatre. He established 19 groups of popular theatre which practiced Theatre of the Oppressed. From suggestions emanating from “spect’actors”, he could submit legislative proposals, 14 of which have been promulgated by the legislative body of Rio de Janeiro and have become municipal law.

Until his death in May 2009, besides his travels in the four corners of the world for numerous conferences and workshops, Boal was also the director of the Centre for Theatre of the Oppressed in Rio de Janeiro.

In 2009, he was the author of the message for World Theatre Day and participated in the event organized by the International Theatre Institute ITI at UNESCO, Paris. At the end of the ceremony, Augusto Boal accepted his nomination as ITI World Theatre Ambassador.