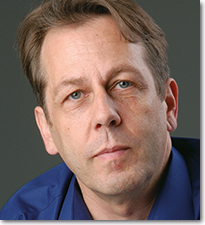 Tobias Biancone was born in Bern, Switzerland, and is of Swiss and Italian heritage. A Poet and writer, he studied in French and German literature and language, as well as the arts history, at the University of Bern/Switzerland.

His works have been published in German, English, Bangla (Bengali) Ilonggo, Tagalog, Spanish, Arabic and Russian. His collaboration with the Swiss painter Claude Sandoz was shown in the art museums of Thun and Bern (both Switzerland) and in art galleries. His dramatic work has been shown in Germany (Exhibition Opera in Bremen) and in Switzerland. He has a long history of working for the arts, lending his expertise across varied fields, including but not limited to: attaining publication for visual artists and writers, 14 volumes; and organizing a culture festivals which celebrate poetry, prose, music, cinema & theatre. He has received numerous awards and recognition for his work. He is an Honorary Professor of the Central Academy of Drama.

He served on the board of the Swiss Centre of ITI, spent six years as president of the ITI International Playwrights´ Forum, and was part of the ITI Executive Council for six years. He has been the leader of the General Secretariat since 2008 and President of the Network for Higher Education in the Performing Arts since 2014.